I was injured in a car crash in Los Angeles with a driver who, while not falling-down drunk, had clearly been drinking. He claims he was just “buzzed.” Is he liable?

Some people think it’s okay to get behind the wheel if their blood alcohol level is under the .08 legal limit, even if they’re feeling “buzzed.” However, these drivers are still putting the rest of us on Los Angeles roads at incredible risk of being seriously injured or killed.

In one California study of fatal car crashes nationwide from 1994 to 2011, the authors found that drivers with a blood alcohol level of only .01, the lowest level recorded, had a 46% greater chance of being the cause of an accident than a sober driver. As the drivers’ blood alcohol level increased, even in small increments, so did the risk that they’d be the cause of a fatal accident.

This .01 blood alcohol level is deceptively easy to reach. It would take an adult male only one-half of a beer to reach this level of intoxication.

So if another driver injures you and admits to having one beer, but claims he didn’t do anything wrong because he was only buzzed, don’t listen to him. Remember the National Highway Traffic Safety Administration’s warning that “Buzzed driving is drunk driving.” You have rights. Exercise them.

To learn more about your legal rights after a car accident with a drunk driver, call our friendly legal team at (800) 989-6385 for a free consultation. We’re here for you 24/7 and offer free home and hospital consultations too. 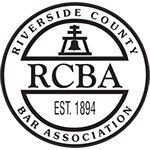