When you've been injured in a dog bite attack, you deserve experienced legal representation you can trust. Steinberg Injury Lawyers has provided compassionate, respectful, and thoughtful legal representation to dog bite injury clients in California since 1982. Our skilled team of personal injury attorneys will work to help you secure the financial award you need to recover from your injuries and get your life back after a devastating dog bite.

Our firm provides clients with the quality, attentive service they need and deserve at five conveniently located law offices throughout the Los Angeles area, and can even arrange to meet with you in your home or at the hospital. We'll work hard to ensure all your questions are answered and notify you of any developments in your case so that you never feel like you're left in the dark. Our attorneys work on a contingency basis, so we don't collect a fee until your case is resolved.

California requires its citizens to pay for damages caused by their unruly or dangerous canines. In fact, California Civil Code section 3342, the state's strict liability statute for dog bites, allows dog owners to be held legally liable when their dog bites someone—whether the dog bite occurs in a public place, like on a city sidewalk or in a public park, or in a private residence where the victim was lawfully allowed at the time of the attack. Additionally, the law does not require dog owners to have had prior knowledge that the dog was aggressive or dangerous, so the owner can be held liable even if it was the first time the dog bit someone. California's strict liability statute for canine bites is so straightforward that victims only need to prove that they were bitten and attacked by the dog belonging to the owner named in the personal injury lawsuit.

As simple and straightforward as the statute is, there are still some notable exceptions that victims of dog bites should know before attempting to move forward with a personal injury lawsuit in Low Angles to pursue compensation for their injuries.

Why Do Dogs Bite? Reasons Canines May Attack

Dogs may have a reputation for being “man's best friend,” but the reality is that they attack more than most people realize. According to the Centers for Disease Control and Prevention (CDC), canines bite approximately 4.5 million people each year and, unfortunately, there are almost as many reasons for these attacks as there are the attacks themselves.

Dog bites and attacks may occur for several common reasons, including: 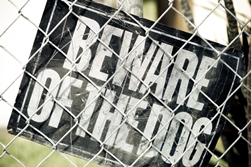 What to Do After a Dog Bites in Los Angeles

Of the 4.5 million people who have suffered from dog bites each year, 885,000 will require medical treatment for dog bite injuries, such as:

Seeking medical treatment for your dog bite injuries as soon as possible may minimize potential long-term damage; it also provides an excellent opportunity to document your injuries in case you decide to file a personal injury lawsuit with dog bite attorneys to pursue compensation for damages.

In addition to seeking medical treatment for your dog bite injuries, there are steps you can take after you have been injured by a dog that may help strengthen a potential personal injury case:

In California, a statute of limitations determines how long a victim has to file a lawsuit before forfeiting their right to pursue a legal remedy. In personal injury cases, this time period is two years. Victims of dog bites must file their personal injury lawsuit within two years of the date they were attacked if they wish to pursue compensation for their injuries.

Dog bite injury cases can be tricky, as the attacking dog and its owner are often known to the victim, which can create some tense social situations. Working with seasoned dog bite attorneys can help keep the situation from becoming personal between the victim and the dog owner and can help increase the likelihood that you'll be able to secure a financial award that's just and fair. Contact a Steinberg Injury Lawyers today to schedule a free initial consultation to discuss your case.