The Importance of Lights for Bicyclists Both Day and Night 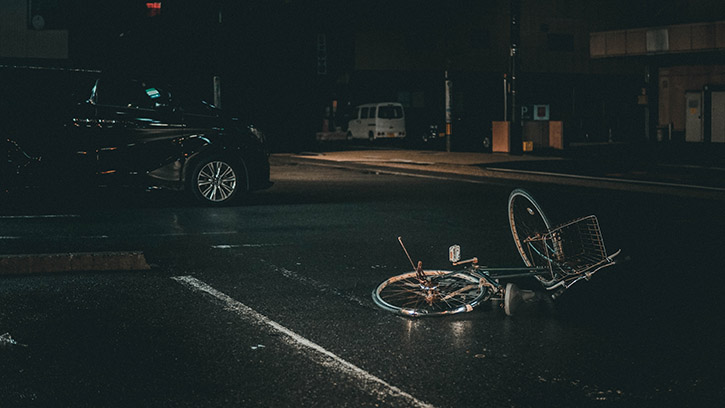 California bicycle shops and bicycling enthusiasts have taken up a new mission: many are now urging riders to ride with lights on whether daytime or nighttime. Currently, California law only requires cyclists to have a front lamp turned on during nighttime rides. That front lamp must emit a white light that is visible from 300 feet away. In addition, cyclists must have a rear red reflector or a rear flashing red light visible from 500 feet away. Nothing in California law currently requires daytime lights, but bike safety experts claim daytime lights can make a huge difference in safety and possibly prevent accidents between bicycles and motor vehicles.

This point was driven home by experts at last year’s Rider Safety Visibility Summit hosted by California Bicycle, Inc. Their message: cyclists need to adopt a habit of using lights during the daytime, as well as at night, in order to increase their visibility on the road and decease overall accidents. One bike shop sales manager recounted a story from several years back of an accident involving a car, a motorcycle, and a bicycle. The accident took place early in the morning, and the bicycle was the only one without daytime running lights. He believes that by encouraging cyclists to adopt a habit of daytime lights, the number of accidents involving bicycles during daylight hours will decrease over time.

Part of the difficulty with bicycles on the road is that they are smaller and quieter than either traditional vehicles or motorcycles. While daytime lights are not going to single-handedly prevent bicycle crashes on our roadways, the adoption of daytime lights is one step forward in cyclist safety. In addition, experts believe that every small step that leaves cyclists feeling safer on the road will embolden more cyclists to use our roadways. This is better for community health and better for the environment. An influx of cyclists using the roadways will also lead indirectly to increased funding for other safety initiatives, such as an increased number of bike paths.

If you or someone in your family has been injured while riding a bicycle on Los Angeles roadways, call an experienced Los Angeles personal injury lawyer. Steinberg Injury Lawyers has many Southern California law offices covering dozens of counties, including Los Angeles. Call us at 800-989-6385 today to find out how we can help.