Should Your Child Still Ride in a Booster Seat? The Answer Is Probably Yes!

Graduating from a car seat to a booster seat and from a booster seat to just a seatbelt is a momentous milestone for many parents and children. These transitions indicate that your child is getting older, and are often met with bittersweet emotions, particularly when he doesn’t require the help of a booster seat any longer. The problem is, a majority of parents are taking these big steps far too soon.

A Seatbelt May Not Be Enough, Yet

Based on the current recommendations, children should remain in booster seats until they are at least 4 feet 9 inches tall and weigh more than between 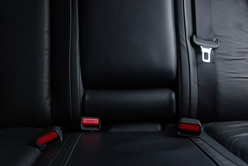 80 and 100 pounds, depending on their build. Transitioning the child too soon prevents the seatbelt from restraining the youngster where it can provide the most safety. And although it’s probably safe to say that most parents wouldn’t intentionally put their children in danger by not placing them in the appropriate restraint systems, many have their own reasons for doing so.

SafeKids Worldwide conducted a survey aimed at getting to the bottom of early booster seat transitioning, and here’s what it found:

Car accident victims have rights, and the Steinberg Injury Lawyers want to help fight for them. Call 800-989-6385 to speak with a legal professional about your situation and find out if we can help.