The AAA Foundation for Traffic Safety recently released a new survey that reveals information that many motorists may find concerning. In the survey, 87 percent of participants admitted to engaging in dangerous behavior—including impaired, distracted, and drowsy driving, as well as running 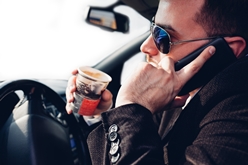 red lights, speeding, or failing to wear their seat belts—within the past month. This has caused the foundation's president and CEO, Peter Kissinger, to criticize the current "culture of indifference.” The results are particularly disturbing, considering that there were nearly 33,000 traffic accident-related deaths in 2014 and, according to preliminary reports, a nine percent rise in traffic fatalities for 2015—a sharp increase compared to previous years.

The AAA Foundation survey included information from more than 2,400 licensed drivers age 16 and older. The survey found that:

Were You Injured in a Car Accident?

Even if you're a careful and courteous driver, the presence of indifferent motorists can make it difficult to avoid being involved in a traffic accident. If you were injured in a serious car accident that was caused by a distracted, drowsy, or impaired driver, you may be left with expensive medical bills and face a long recovery period. Filing a lawsuit and seeking compensation for your injuries, as well as property damage to your vehicle and lost wages for time missed from work, may help lighten your financial burden. Contact the skilled legal team with Steinberg Injury Lawyers today for a no-cost, no-obligation evaluation of your car accident case. We can answer your questions and help you determine if filing a personal injury lawsuit is right for you.