Far From Harmless: Running a Red Light Is a Dangerous Driving Violation

Some people may consider running a red light a harmless driving infraction, but the statistics surrounding the issue paint a rather 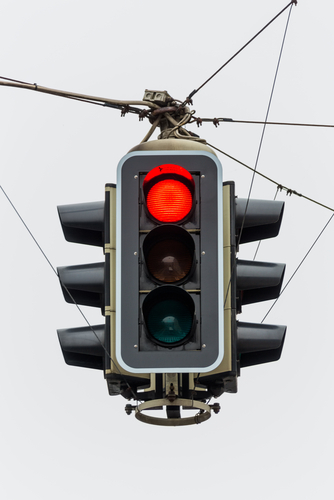 grim picture of the time-saving practice. These statistics clearly show that drivers are putting lives at risk any time they enter an intersection after the signal light has turned red.

In 2013, approximately 127,000 people were injured and 697 lost their lives in car accidents that involved red light running, according to the Insurance Institute for Highway Safety (IIHS). About half of those who died in these types of crashes did not cause them; rather, they were innocent pedestrians, bicyclists, or vehicle occupants who were killed due to another driver's negligent behavior. If you were injured by a driver who ran a red light, you may be entitled to compensation.

Who Is Most Likely to Run a Red Light?

Anyone can be a red light runner, but studies show that people from certain demographics are more likely to run a red light than others. According to a 1996 IIHS study of red light runners at an Arlington, Virginia intersection, drivers who ran red lights were:

In 2013, statistics showed that red light runners who were involved in crashes that resulted in fatalities were more likely to be young males with previous speeding or alcohol-impaired driving convictions on their records. They were also less likely to have a valid driver's license and more likely to be speeding or under the influence of alcohol at the time of the crash.

If you or a loved one suffered injuries in a car accident that was caused by another driver running a red light, you may be able to pursue compensation for medical bills, property damage to your vehicle, and lost wages due to an inability to work. Contact the knowledgeable and experienced personal injury attorneys at Steinberg Injury Lawyers for a free evaluation of your case. We're ready to help you fight for any and all compensation you may deserve.