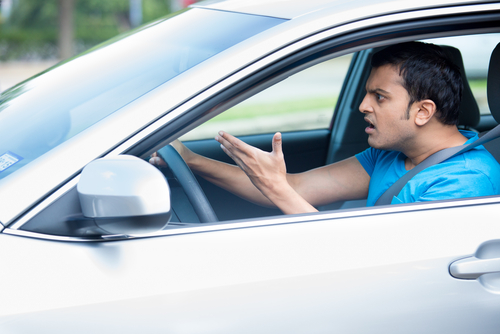 No one likes to share the road with dangerous and discourteous drivers; however, aggressive driving has become more and more common in recent years. As many as two-thirds of traffic fatalities involve behaviors associated with driving aggressively, according to information from the National Highway Traffic Safety Administration (NHTSA). It’s helpful to understand dangerous driving, so you can recognize the behavior, avoid it whenever possible, and ensure that you’re not driving aggressively and putting others at risk.

What Is Aggressive Driving?

While most people would probably recognize aggressive driving if they saw it, the NHTSA specifically defines it as, “a combination of moving traffic offenses so as to endanger other persons or property.” Aggressive driving behaviors can vary but may include:

More than just inconvenient, these and other aggressive driving behaviors create an atmosphere of incivility that can dramatically increase the likelihood of a serious accident. In fact, aggressive driving kills approximately two to four times more people than drunk driving, according to research published in 2000 by University of Hawaii professors Dr. Leon James and Dr. Diane Nahl.

Who Is Most Likely to Drive Aggressively?

Research suggests that people from certain demographics may be more likely to driving aggressively. For example, Dr. James and Dr. Nahl found that white men under age 30 make up the single largest group of aggressive drivers. Antisocial or competitive personalities—as well as traits such as impulsiveness, egocentricity, poor problem-solving skills, and an unrealistic estimation of risks—can play a role in aggressive driving, as can situational factors like traffic congestion or running late for an appointment.

What to Do If You Were Injured

If you or a loved one suffered serious injuries in a car accident caused by an aggressive driver, you may be entitled to pursue compensation for damages. The knowledgeable legal professionals at Steinberg Injury Lawyers can examine your case and advise you on how to proceed. Our team has extensive experience handling cases just like yours. Contact us today for a free case evaluation.