Most Americans assume that the commercial drivers with which they share the road are both competent and healthy enough to carry out the demands of their position. However, a recent CBS This Morning investigation discovered that many commercial truck drivers conceal serious medical conditions that would disqualify them from receiving a commercial driving license. 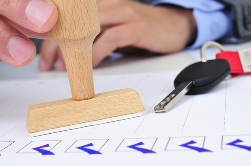 requiring truckers to undergo—and pass—extensive health screenings in order to retain their certification. While the health screening requirement has had some effect—resulting in approximately 70,000 out of 8.5 million drivers being disqualified due to health issues—it has not completely prevented medically fragile individuals from gaining commercial driving privileges.

This is because the system, while well intentioned, essentially relies on “the honor system” – requiring drivers to be honest about their medical conditions on the relevant forms. When a driver knows a particular health condition may cost them their job, they may intentionally fail to mention it, putting themselves and other motorists at risk.

Were You Injured in a Truck Accident?

Due to the sheer size difference between commercial and passenger vehicles, truck accidents tend to be particularly serious, resulting in severe injuries and even death. If you were injured in a truck accident that was caused by a commercial driver who concealed a disqualifying illness, you may be facing a long recovery period and insurmountable debt. Fortunately, you may be able to pursue compensation for damages, including:

Don't let the dishonest trucker who injured you get away Scott-free, while you're left holding the bag. Call the experienced attorneys with Steinberg Injury Law today for a no-cost, no-obligation evaluation of your truck accident case. We're eager to answer your questions and help you fight for any and all compensation you may deserve.