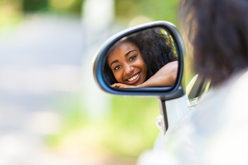 an annual awareness campaign that encourages youth organizations to participate in traffic safety projects in their communities and promotes safe teen driving behavior. As part of the annual month-long campaign, teens and parents can access a number of promotional materials and toolkits designed to help keep teens safe on the road. Global Youth Traffic Safety Month was originally called National Youth Traffic Safety Month but, in 2011, the name and focus of the campaign were changed to promote and emphasize teen driving safety on a worldwide scale.

Whether you were injured in an accident caused by an inexperienced teen driver or an adult driver who behaved negligently, the experienced legal team with Steinberg Injury Lawyers can help you explore your legal options to determine if pursuing compensation for damages is right for you. Contact us today for a free case evaluation or to request a free copy of our book, Keeping Your Teen Driver Safe: A Guide for Parents.