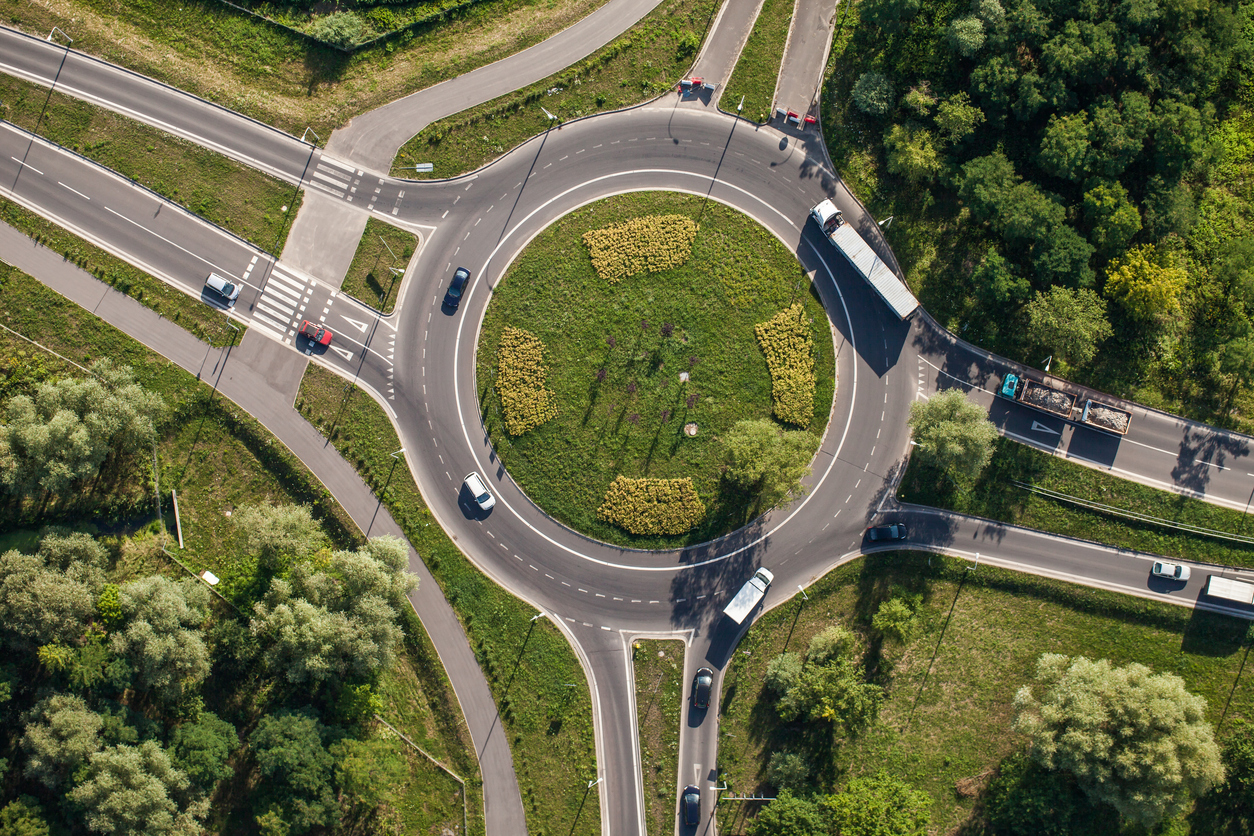 For drivers in other parts of the world, it’s no big deal. But the mere thought of trying to get through a roundabout unscathed may be enough to make the average American motorist’s head spin.  Even so, these alternatives to traditional intersections are becoming increasingly common here. As of June 2014, there were 21 existing roundabouts on the California State Highway System (SHS), and 25 were in the planning stages at that time. Although proponents cite enhanced safety as a reason for building more, crashes can and do occur. With that in mind, here are some tips on how to reduce the chances of having an accident while negotiating a roundabout.

The California Department of Motor Vehicles recommends taking the following precautions in order to avoid these types of accidents:

•    Follow signs and pavement markings governing traffic flow.
•    Do not enter the roundabout until there is a large enough break in traffic to do so safely.
•    Signal when changing lanes, entering or leaving the roundabout.
•    Do not slow down, stop or change lanes abruptly if you have missed your exit. Simply continue following the flow of traffic until you can exit safely.

Additional rules to remember
While larger, multi-lane roundabouts may seem intimidating, especially to new drivers, there are some universal rules to keep in mind in order to negotiate them without incident.

Be alert and use extra precautions around bicyclists and pedestrians
Bicyclists have the same access to roundabouts as motorists do, but because they are more vulnerable than drivers, they may prefer to stay to the right, even in a multi-lane roundabout. Instead of entering with regular traffic, they may try to enter from a bike lane. Drivers negotiating roundabouts should be aware of bicycle traffic and take appropriate precautions.
Drivers should also take precautions where pedestrians are concerned. It is always a good idea to slow down when approaching any crosswalk, including those in roundabouts, where pedestrians have the right of way.

What if I do have an accident?
While following the tips featured in this post can help reduce the risk of being involved in an accident in a roundabout, there are never any guarantees. If you or a family member is hurt in such an accident, it is important to speak with an experienced injury attorney to get a quick, honest assessment of your case. Contact Steinberg Injury Lawyers to schedule a free consultation today.